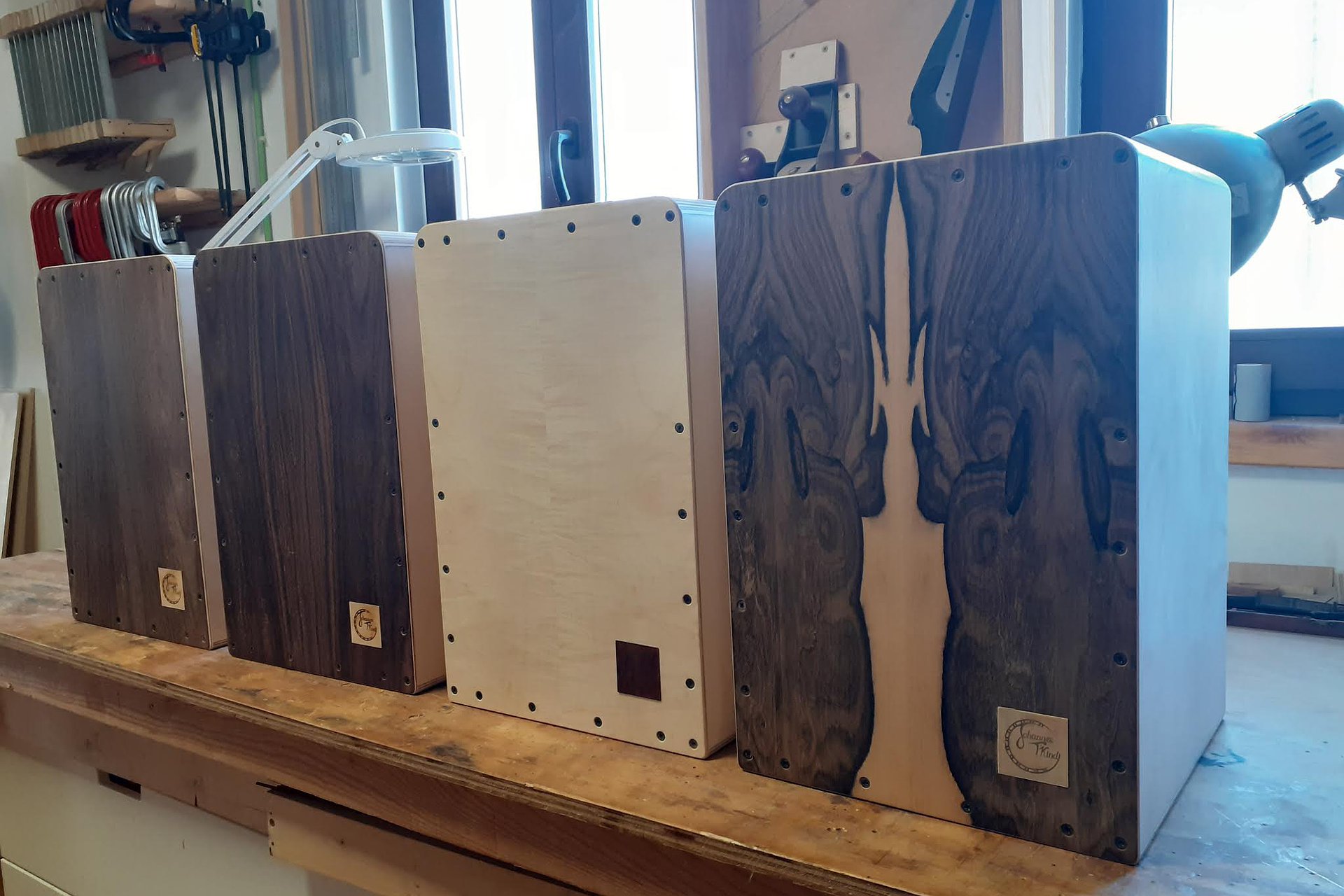 As a luthier I am always experimenting with different techniques and also with new instruments.
Due to unstoppable curiosity it is impossible for me to limit my attention to a single interest. That is why I constantly think about making different instruments. For everything you do there are new techniques and methods to learn. The learning of a luthier never ends.

Moved by the same curiosity, I started making Flamenco-Cajóns, which I continue to do and to improve.

The cajon is an instrument that was recently introduced to flamenco, jazz, and other musical genres. He crossed the Atlantic with Paco de Lucía and Rubem Dantas in 1977.

The percussionist of the Paco de Lucía and Ramón de Algeciras band tried the cajón for the first time at the party organized by the Spanish Ambassador in Peru. When he returned to Spain after his tour of Latin America, Rubem Dantas introduced the cajon to the Spanish music scene. Since its introduction it has been used a lot in flamenco. Today, the instrument is used in a wide range of musical genres around the world.

Behind the soundboard (the front face), several strings run from top to bottom to add a sound similar to the sound of a drum.
We make the soundboard from fine plywood with decorative veneer from Cocobolo, Indian Rosewood, Bubinga, Flamed Maple, etc.

The box itself is usually made from 9mm plywood, however we can also make them from solid wood upon request. For example, walnut, maple, and chestnut are options. 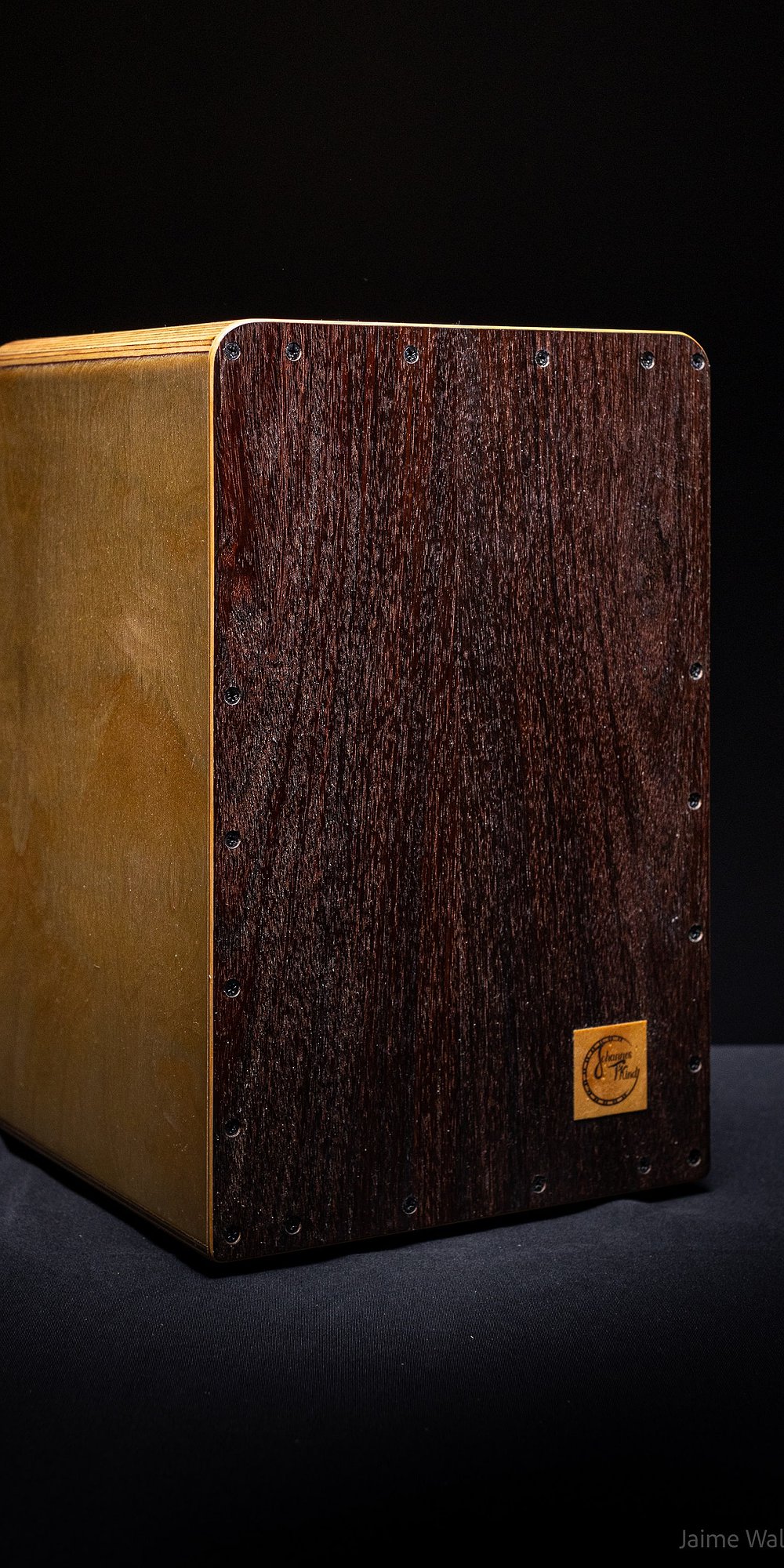 I agree Our site saves small pieces of text information (cookies) on your device in order to deliver better content and for statistical purposes. You can disable the usage of cookies by changing the settings of your browser. By browsing our website without changing the browser settings you grant us permission to store that information on your device.